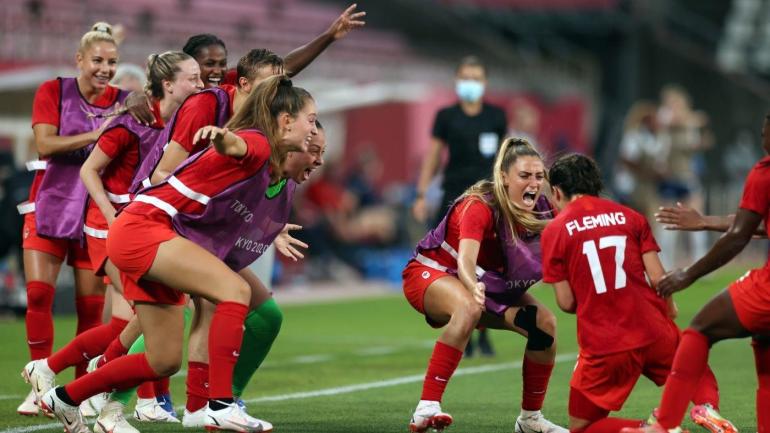 The two finalists for the Olympic gold medal at the women's soccer tournament in Japan will be Sweden and Canada after Monday's narrow semifinals. Blagult edged past Australia in Yokohama while the Canucks needed a late penalty to overcome the Americans.

For Peter Gerhardsson's side, it will be their best chance at their first major title since Euro 1984 and a chance to better their 2016 Olympic silver medal. For Bev Priestman and her side, even a silver medal will improve on their two consecutive bronzes from 2012 and 2016.

This time, the bronze will go to either the USWNT or the Matildas with that clash taking place in Kashima before the Tokyo final at National Stadium.

Want more coverage of women's soccer? Listen below and make sure to follow Attacking Third, a CBS Soccer Podcast devoted to bringing you everything you need to know from the NWSL and around the globe.

Into their second consecutive Olympic final, there has never been a better opportunity for the Swedes to win a major title for the first time in over 30 years and to go one better than their 2016 silver medal.

On a 100% winning streak at these Games, Gerhardsson and his players are one win away from a completely dominant tournament display and you would not bet against them achieving that after Fridolina Rolfo's goal secured the win over Australia early in the second half.

One shot on target was all the Canadians needed to beat the USWNT with Jessie Fleming scoring from the penalty spot after Deanne Rose had been fouled by Tierna Davidson in the box and their win was in keeping with their low-key run to the final.